A reflection on the readings for the First Sunday in Lent, Year C.

Alone with Christ in the desert, we see the cyclical repetition of the drama of fidelity and temptation. At every crucial moment in the history of the Israelites, God would call them to once again “hear” the story of salvation, not as passive spectators, but as obedient children who were meant to follow through on God’s commands.We know that hearing and acting on God’s word is primarily an act of trust.In the garden, Adam chose to trust the tempter rather than God, his Father. In the wilderness, the Israelites chose to give in to their appetites and fallen human nature rather than truly hearing and obeying the commands of God through Moses. Among the constant, recurring infidelities of God’s people, we know there are exceptions. Abraham, the “father in faith” of Jews and Christians, trusted God’s command and set out into the wilderness to obtain his promised land and his kingdom. His fidelity and reward are called to mind when the Israelites make their sacrifices of obedience to God, “Then you shall declare before the Lord, your God, ‘My father was a wandering Aramean who went down to Egypt with a small household and lived there as an alien. But there he became a nation great, strong, and numerous.”

Each of us can be overwhelmed by our continually recurring infidelity to Christ. At a certain point in spiritual growth, patterns emerge and we see our core weakness, identified as one of the seven deadly sins and determined by our temperament. This discovery, which comes about through repeatedly rejecting Christ, can be frustrating. But there is a certain consolation in this, too: People who have no concern for God, and who simply live their lives as a distraction from spiritual things, have no idea what their core weakness is. It is only when we go into the desert and begin a relationship of intimacy with Christ and fidelity to the Father that our weakness is uncovered. 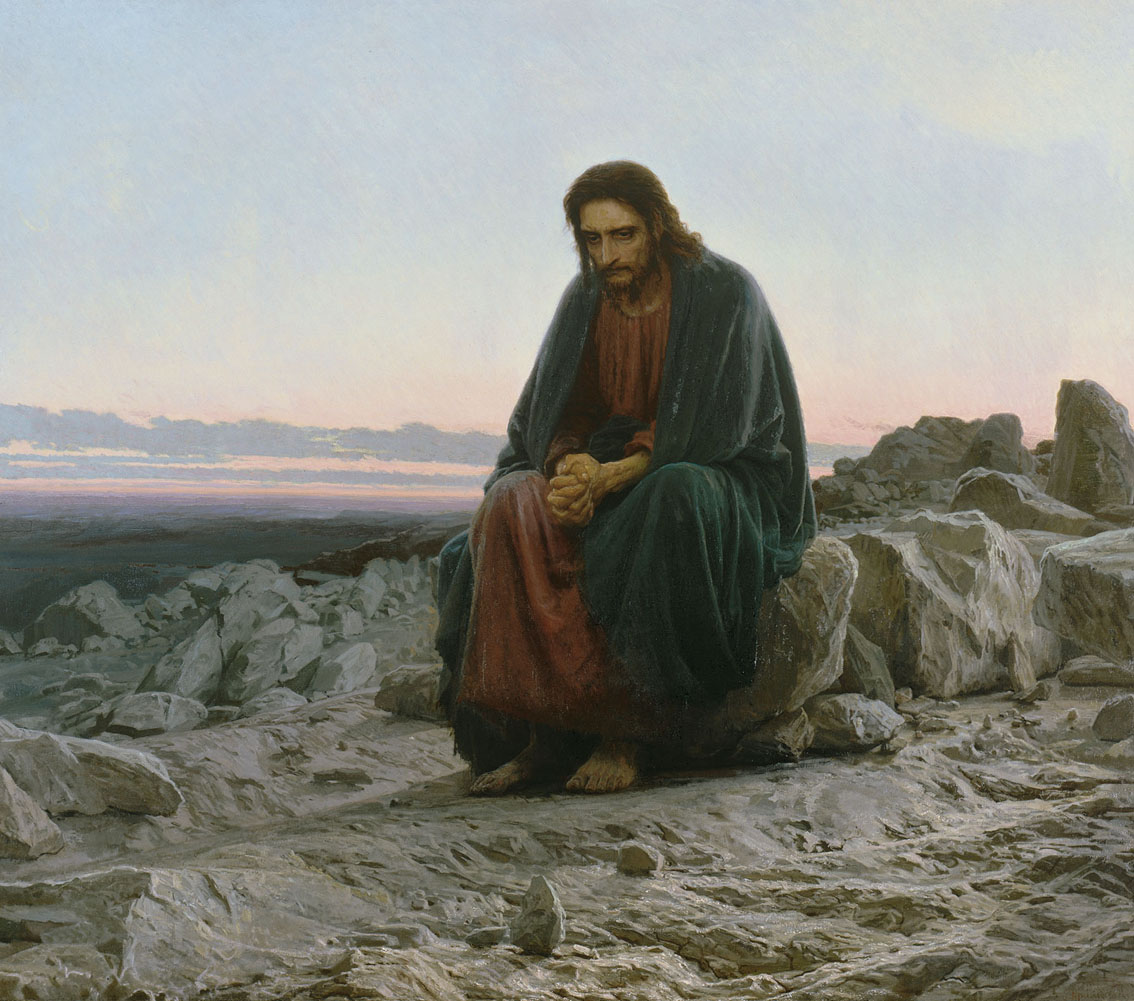 We also know that Jesus went into this desert before us. The Son of God, didn’t go into the desert to battle with Satan as an equal. He went as one who was simultaneously weaker (in his human nature) and infinitely stronger (in his divine nature). His frail human nature, which get hot, lonely, tired, and afraid, became the weapon of victory in the hands of his divine nature.

Christ wants to relive the events of his own life within ours. What Jesus did through the human nature that is hypostatically united to his divine nature, he now seeks to do through our own weak, sinful human nature, united to Him by grace. “Whoever believes in me will do the works that I do, and will do greater ones than these, because I am going to the Father” (John 14:12).

The cyclical nature of infidelity and sin can defeat us if that is the only thing we fix our eyes on. Jesus is there with us, and our weaknesses are the door to intimate trust in Christ. He recapitulates the entire human experience into himself so that the cycle of infidelity and shame does not have the ultimate say. Yes, we may repeatedly choose to fall into the same sin. But if we react with patience and confidence in Christ, and abandon ourselves to him, we will gradually experience repeated victories:

“Do not fear! Stand your ground and see the victory the LORD will win for you today. For these Egyptians whom you see today you will never see again.The LORD will fight for you; you have only to keep still” (Exodus 13:13-14). “By waiting and by calm you shall be saved, in quiet and in trust shall be your strength” (Isaiah 30:15). 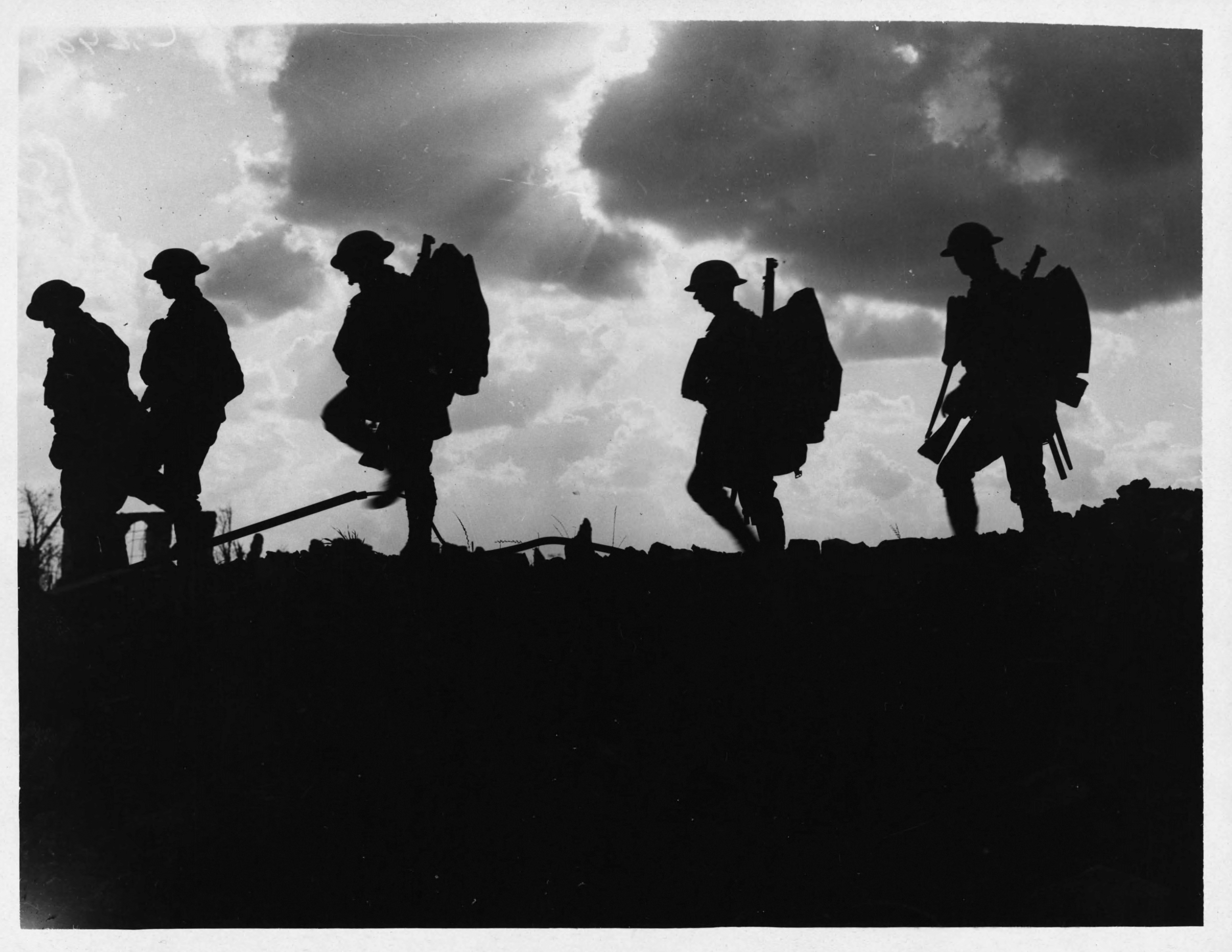 We will also see sin repeated again in those around us. It will tire us and scandalize it. It will tempt us to give up. But once again, Christ can repeat his victories, in and through us, not because we are strong and impervious, but because we are familiar with human frailty and therefore patient with it – whether it’s our own or others.

This is where our core weaknesses are no longer just about us. They become an integral part of our vocation, and our greatest weapon in the fight to reestablish authentic human relationships with God and other humans. In and through Christ, our weaknesses become our means of serving others. A woman who has been struggling with her own sins may never be able to conceive of the types of temptations her future husband is battling. But her patience and confidence with her human frailty will make her a compassionate, empathetic vessel of grace for him, rather than someone who is scandalized and judgmental. A parent who knows he or she is a sinner but trusts in Christ’s victory can be both compassionate and just with his or her children. A priest will hear plenty of sins in the confessional that are different than his own. But he can be an instrument of God’s healing mercy precisely because he has his own battle scars from the fight with sin, and he hasn’t given in to discouragement. A religious can express a closeness to humanity because he or she has lived in intimate union with Jesus Christ, who uniquely chose that person despite (or because of?) his or her frailty.

And that is how Christ’s victory reverberates through humanity, and the cyclical drama of fidelity and obedience finds its end. The dissonant chord of rebellion is resolved into a repeated chorus of filial love for the Father, and those who “hear” the word of God and put it into action will forever live in love with him. For now, though, we are in the middle of the battle and the turning point of the drama. We can’t afford to be discouraged, because souls are at stake. 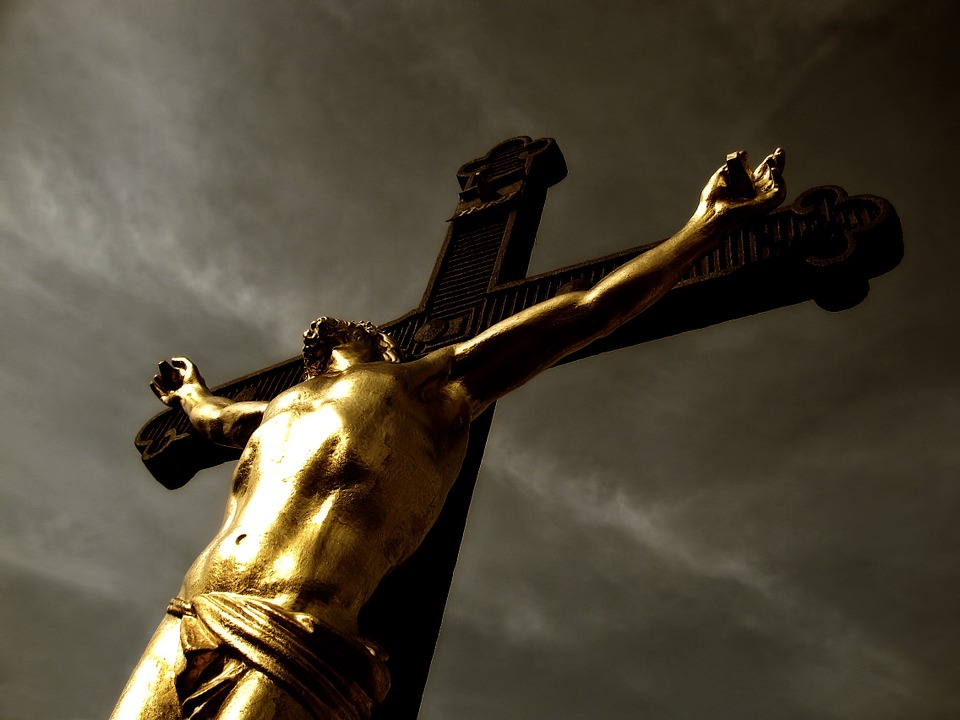