“From Now On, You Will be Fishers of Men”

This article originally appeared in Into the Depths, the vocations newsletter of the Catholic Diocese of Peoria.

“Depart from me Lord, for I am a sinful man,” Peter said. But Jesus replied, “Do not be afraid; from now on you will be fishers of men. “ And St. Luke tells us that after that, Peter and his companions “left everything and followed him” (Luke 5:11). St. Peter’s total commitment to Jesus Christ came once he had experienced the miraculous catch of fish and the mercy of Jesus. This was the beginning of priestly formation. Two thousand years later, the basics are still there: a man encounters the person of Christ and, despite his unworthiness, chooses to set everything else aside so that he can follow him and be a witness to his ministry. Through a period of growing in prayer, learning, and human formation, he is made ready to set out and preach the Gospel, administer the sacraments, and save souls.

Like Peter, the men who begin their priestly ministry are not perfect. They still bring their own weaknesses and sin. But they have been purified through seminary, growing in prayer and learning to focus outward toward the other, rather than inward toward the self. And, after the bishop ordains them, they are given the indelible character of the priest, which provides them the graces they need to teach, govern, and sanctify God’s people. This grace helps to supply what they lack, and without it priestly ministry is utterly impossible. In my own priesthood, there have been plenty of times when I felt that this grace was all I had to rely on.

But, as St. Thomas Aquinas said, grace builds on nature. A man who is preparing to be a priest has to be willing to work, with God’s help, on growing in natural virtue and addressing his human defects. And we who take part in these men’s formation owe it to Jesus and his Church to make sure that they are good, virtuous seminarians before they are ordained priests. More than ever, the Church needs not only holy men, but men who are integrated, well-balanced, emotionally healthy, empathetic, strong leaders. Given the climate of today’s culture, this is increasingly difficult. But the bishop and our vocations team are proud of our seminarians, who really do strive to become the best versions of themselves. They understand the old adage, “As the seminarian, so too the priest,” and they are very good men who are docile and eager to grow.

Yes, grace builds on human nature, because the priest must be human in order to minister to humans. He must be “another Christ,” and Jesus chose to save us through his own humanity. And the great thing about having priests who are human is that each human nature is unique.

On May 28th, the bishop will ordain Michael Pica to the priesthood, and all of the hard work of seminary formation that Michael has done will be anointed by the divine grace of the sacrament of holy orders. Michael won’t leave his human gifts behind, but bring them with him into his ministry. I have been blessed to know Michael for a long time. We spent a summer together when I was the parochial vicar in Monmouth, Raritan, and Alexis and Michael was a seminarian. He is always eager to do his best, and has an innocent cheerfulness about him. Michael comes from a big family of boys, and fraternity with his brother seminarians has always been important to him. Being a brother to other priests is essential in diocesan ministry, and I am confident that Michael will excel in this area.

Ordination season is always an exciting time for the Church, and for the past 17 years that I have been going to ordinations I’ve realized that the graces given to the newly ordained “spill over” on to everyone else who is present—whether they are there physically in the cathedral, or they are spiritually present through their prayers and support. 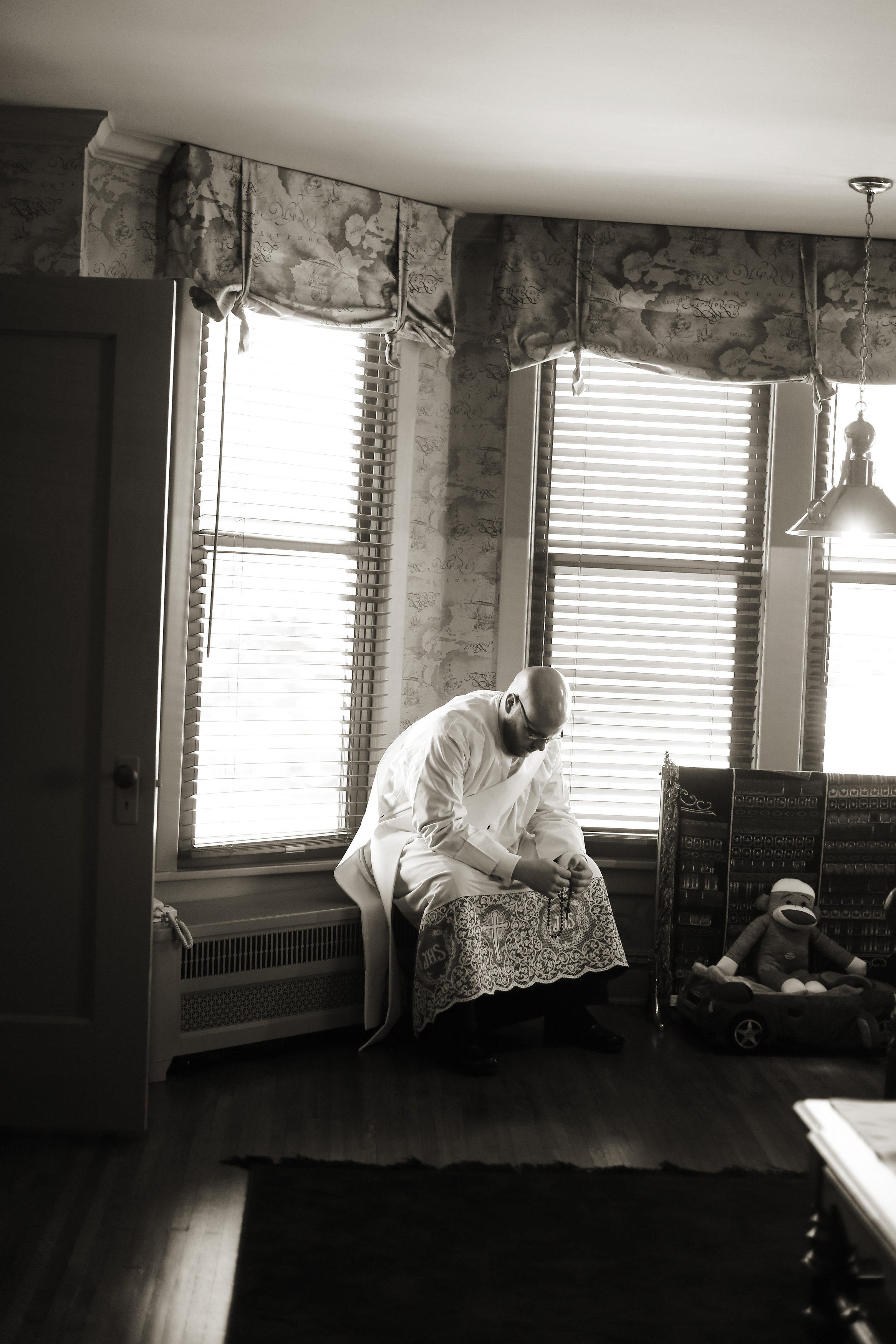 Please don’t forget to pray for Michael as he begins his ministry. All of us priests rely on the spiritual support of the people of the diocese, but young priests are in special need of it. The first few years of priesthood are formative and crucial. In seminary we are given the principles which form a solid foundation for our life and ministry. But in “the real world” we set out into the often murky depths of the world clouded by sin and human complications. A good priest never compromises the Church’s principles, but he is called to apply them pastorally. There are many things that “they don’t teach you in seminary.” But that’s because you can only learn them by experience. Just as there is no operator’s manual for marriage and parenthood, there isn’t one for priesthood either. 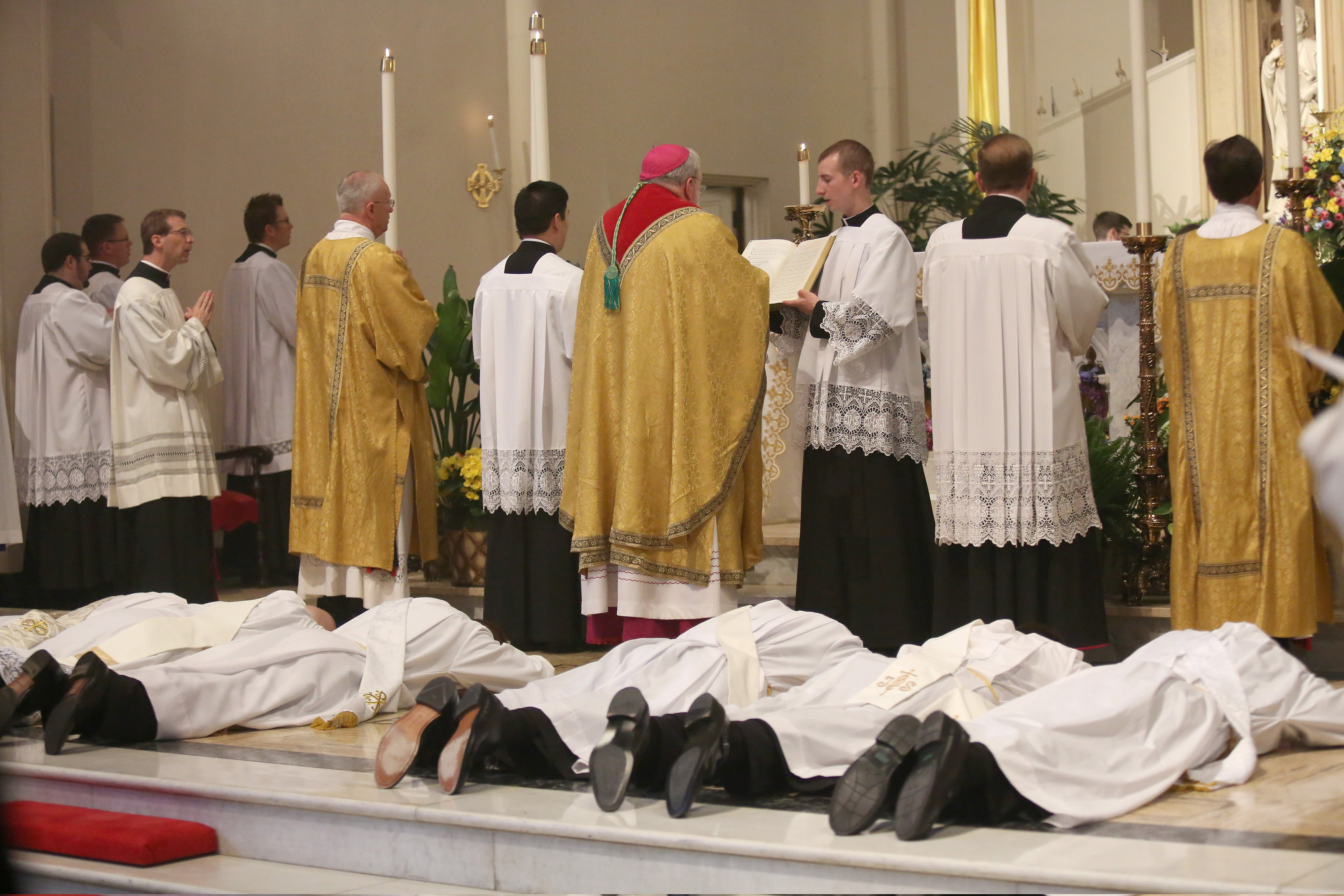 But for Michael, as with every priest since the first Apostles, the ultimate foundation for ministry is the initial encounter with Jesus’s divine life and mercy. When we know him and we rely on his mercy and grace, there is no obstacle or complication that is too great. It was Jesus who first called us, Jesus who formed us, and Jesus who will always sustain us. Please pray that we priests may always be faithful to Him. Please pray for Michael Pica as he begins the incredible adventure of being a fisher of men. 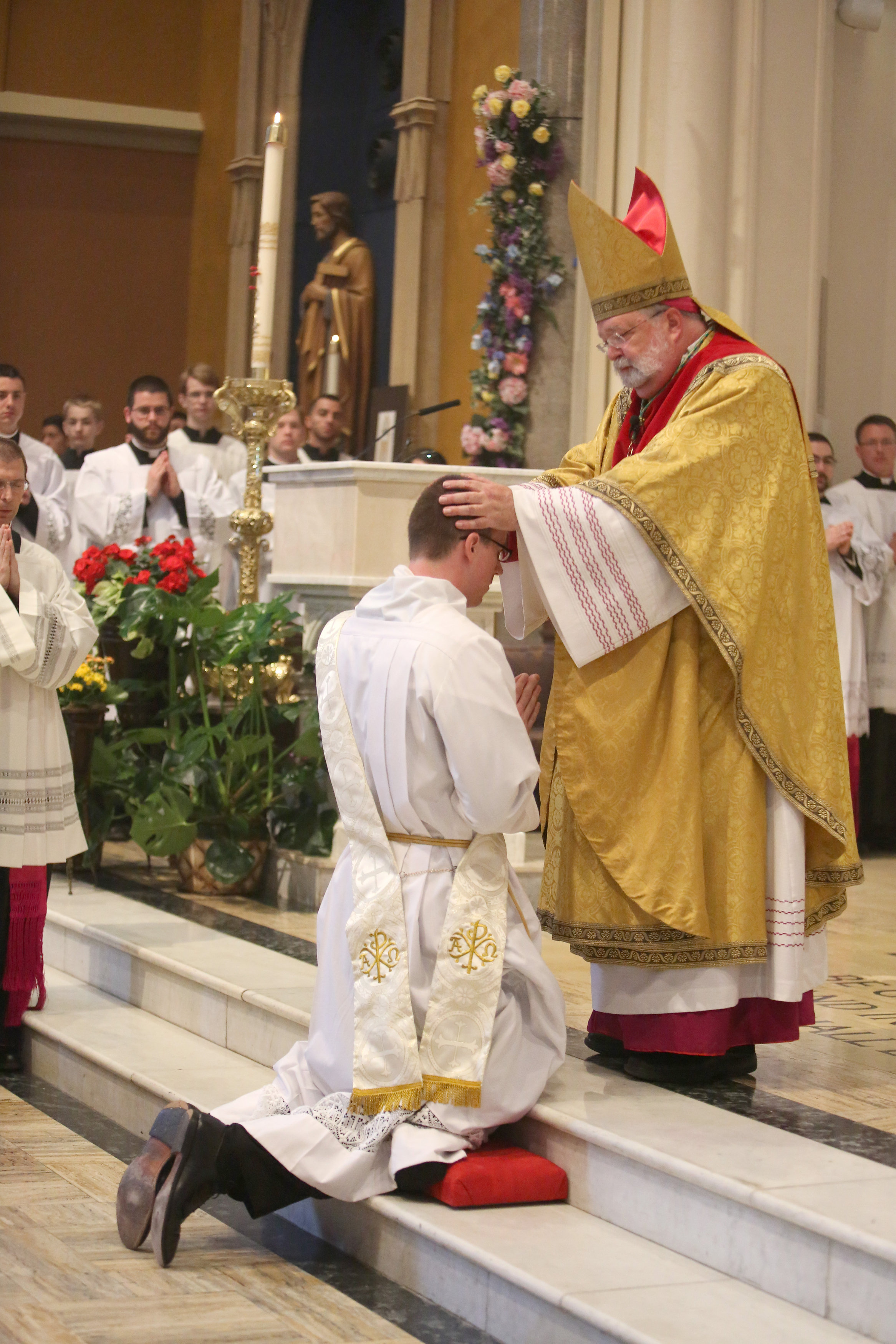