If You’re God, You Give. It’s Just What You Do.

Reflections on the Readings for the Thirty-Second Sunday in Ordinary Time, Year C.

The fundamental truth about God that we’ve been getting wrong since the beginning of time is this: God is a giver, not a taker. Adam and Eve thought he was a taker – that he wanted to take happiness and control away from them – so they became takers. Instead of acting as children of God the giver, made in his image and likeness, they imitated Satan, the ultimate taker. Every sin begins with the conviction that God is a taker: He doesn’t want me to have pleasure, happiness, security, fairness – so I’m going to take it for myself. In reality, He came to give. To give us life to the full. And everything that is taken away from us or lost – whether through tragedy, the sins of others, or even our own sins – can be restored by God. This is the resurrection. That’s why the son in the second reading basically says to his torturers, “Go ahead, cut off my hands. If they keep me from God, then I don’t want them. Besides, I know that he will give them back to me anyway.” For to God, “all are alive.”

If God is a giver, why don’t we experience him in that way? Well, first, because we’re ungrateful. If we spent a lot more time in gratitude, we’d realize how much we have that is pure gift from him. Also, because we don’t have faith that he will give – we want things right now. Like the kid in line at the grocery store checkout with his mom: she’s got a great, nutritious meal in the cart that she’s ready to take home and cook, but all he sees in front of his face are the M & M’s. He cries because he can’t have the M & M’s, but if he had a little more trust and patience, he’d be a lot more satisfied, and better provided for. But there’s another reason why God doesn’t appear to be a giver. It’s because he withholds his gifts for our good. He wants us to become givers, rather than takers. He wants us to be his children, made in his image and likeness – that is how we get to the resurrection: We persevere in self-giving. “They can no longer die, for they are like angels; and they are the children of God because they are the ones who will rise.” And if he gave us everything we wanted, we would love those things rather than him. Imagine a man getting down on one knee in front of his girlfriend, reaching out to give her a ring, and asking if she’ll marry him. She takes the ring, then says “No, I don’t want to marry you. But I’ll keep the ring.” Instead of loving him, she loves what he gives her. This is the way we treat God, and this is why he sometimes withholds his gifts. 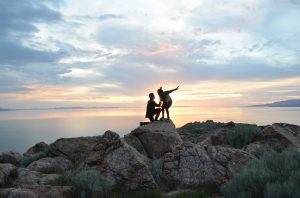 So God wants us to be givers. And we know that, in the end, he will restore everything to us and more, as long as we “are deemed worthy to attain to the coming age and to the resurrection.” How does this happen? Through faith, hope, and love. Faith that God is a giver, rather than a taker. Hope that he will restore everything in the end. And love, which chooses God for his own sake over the things he gives us, and chooses other people for God’s own sake. What we begin here and now finds its fulfillment in the next age: If we treat God as a giver in this age, and if we ourselves act like his children – little givers – than that’s how we’ll experience him. If we treat God like a taker in this life, and if we become takers like Satan, then that’s how we’ll experience eternity.

How do we act like givers? Well, there are two fundamental ways, and they correspond to the two “ages” that Jesus talks about. There’s this age, the age in which sin and death reign, and there’s the coming age, which will last forever. Jesus clearly shows us that marrying and having children belongs to this age, and celibacy to the next age. That doesn’t mean marriage is bad – in fact, it’s good. Marriage is the form of giving that works well in this age. It is a way of overcoming selfishness without denying natural attractions, and a way of passing on life – both physical life and spiritual life – in imitation of God the giver. But we know that marriage ends with death, and that it is a foreshadowing of an even greater union of self-giving: the union of Jesus and his Church. So there is another way of giving, which imitates Jesus’ self-gift and anticipates our relationship with God in heaven. That is virginity or celibacy for the sake of the kingdom. 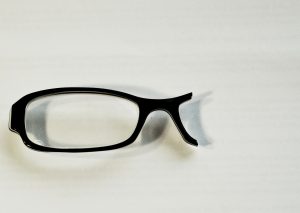 Both are ways of giving, and both have more in common with each other than either has with taking. Just as glasses need both lenses to function, we need both forms of

giving in order to approach the world in a healthy way. If we were just focused on this age, and human

relationships were our main concern, then we would make lots of mistakes. We would get overly worried about things like mortgage, car insurance, college tuition, instead of working hard and trusting that God will provide what we need. We would try to make this life and the relationships in it perfect, rather than recognizing that every human relationship this side of heaven will be imperfect. All that we expect and desire from God, we would expect and desire from the humans in our lives, which would make the relationships collapse underneath their weight. We would fall into careerism, assuming that figuring out “what I need to do with the rest of my life” is the ultimate question, rather than asking, “How am I called to give myself in this life so as to prepare for the next life.”

But if we only focus on the next age, we miss out as well. We hole ourselves up waiting and focusing on spiritual realities, ignoring the very real details in front of us. Yes, a husband and wife should do their best not to worry about their mortgage, but that doesn’t mean they can just pray it away. Someone has to go to work. The mundane, practical details that pertain to this age really do matter, and they don’t just melt away when we think about heaven. For some people, praying is hard. For other people, coming back down from the mountain of prayer and still hanging on to faith in the midst of everyday life is what’s really difficult.

Marriage and celibacy go hand in hand. They are the two lenses on the glasses. If a young man or woman thinks that they are called to celibacy or virginity because they don’t feel an attraction to marriage, then they’ve got things backwards. They need some healing. Because celibacy is an affirmation of marriage. Giving up sin isn’t really a way of giving – to quote the Geico commercials, if you’re a Christian, it’s just what you do. But giving up one of God’s best and most beautiful gifts, offering it to God as a form of love – this is a real self-gift. And certain people are called to it. And those people, if they say “yes,” and if they really trust that God is a giver, will never regret their decision. Because he will fill them with so much in this life – relationships, children, joy – and infinitely more in the next life. He does give it all back, and then some.